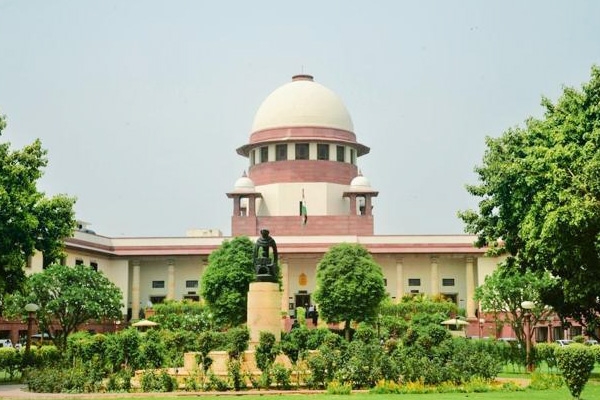 UAE based NRI files Petition in Supreme court seeking the centre to arrange free transportation of bodies of Indians who die abroad.

The plea has been filed by one Ashraf Thamarassery, presently working in United Arab Emirates (UAE), who deals with the problems and challenges faced by the socially excluded Indian emigrants particularly in the gulf region.

Ashraf Thamarassery, hails from kerala, who is known for his philanthropic activities in the expatriate community.

He has been conferred the Pravasi Bharatiya Award in 2015.

He said to have helped in repatriation of 4,700 bodies to 38 countries across the world.

He said that the procedure adopted is inhuman and degrading in nature as it weighs the dead body and then levies charges on it.

Supreme court issued notice to the centre asked to reply in 6 weeks.

He sought direction to all the states here for preparation of statistical records of the total number of Indians abroad inclusive of their present working status.

Mentioning the recent Parliamentary paper published in 2017, his plea said that 7,694 bodies of Indians were stranded in foreign countries in 2015.

"The majority of the bodies were of poor Indian migrant workers living in a very bad condition, having no awareness about their basic labour rights because of which their repatriation becomes a very complex and cumbersome procedure taking a lot of time causing huge grief and sorrow to their respective family members both socially as well as financially," the plea said.

He said that the main problem that Indians face is to pay the huge amount of money that Air India charges upon the deceased body, "by way of weighing the body which in itself is inhuman and violative of its Right to dignity enshrined under Article 21 of the Constitution".

"Once a person dies due to either natural or unnatural circumstances it must be the state's duty to ensure that the deceased is transported to the place where the body belongs to, in a dignified and respectable manner without causing undue delays and unnecessary formalities.”

The plea said, “The basic requirements must be duly complied with but in a speedy and cost efficient manner. The charges and procedures must be construed in such a manner which is free of cost to the underprivileged and lower strata of the society.”