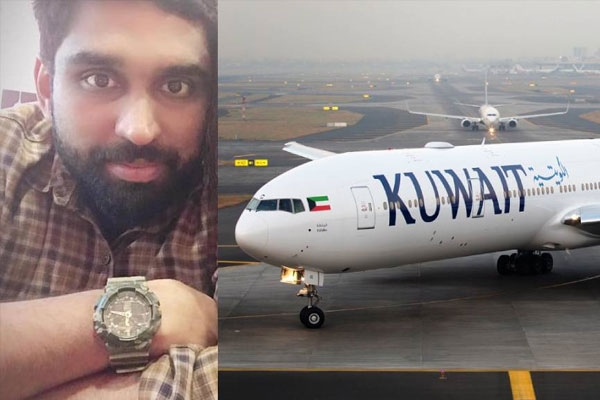 Kerala Man Dies in Kuwait Airways Run over While Towing Plane Towing can be a potentially hazardous operation in which large aircraft from the runway are moved to the terminal or hangar.
https://www.azwishesh.com/ 08 May, 2019 08 May, 2019

An Indian aviation technician with Kuwait Airways Anand Ramachandran has been killed while towing a Boeing 777-300 ER aircraft on Monday.

The native of Thiruvananthapuram was working as ground staff with the airline at Kuwait City airport.

In an official statement on Twitter, the airline announced that Anand was towing the Boeing 777 aircraft when the accident took place.

Towing can be a potentially hazardous operation in which large aircraft from the runway is moved to the terminal or hangar.

The aircraft was devoid of any crew or passengers. Anand’s death was recorded at 3:10 p.m. on Monday.

“The deceased had been carrying out the withdrawal of one of the B777 aircraft from Airport Square to Terminal 4 by means of equipment. Official authorities are investigating the subject to find out the cause of the death,” the airline posted on Monday.

Several pictures clicked at the site of the accident indicate that the tow bar, connecting the flight’s landing gear to the tug-vehicle, snapped during the towing operation. This caused the ground staff to fall from the tug-vehicle and he was run over by the landing gear of the aircraft.

Due to its dangerous nature, towing is done with several precautions in place. Qualified personnel is required to be present in the flight deck prior to towing to operate the breaks in case the tow bar snaps or comes undone.

The airline has expressed regret at the tragic incident in their official statement. The chairman, on behalf of himself and the board of directors, expressed his deepest condolences to the family of the deceased.

Anand is survived by his wife Sofina and a daughter. According to local media reports, his body was moved to the mortuary following inquest and will be sent to Thiruvananthapuram on Tuesday.