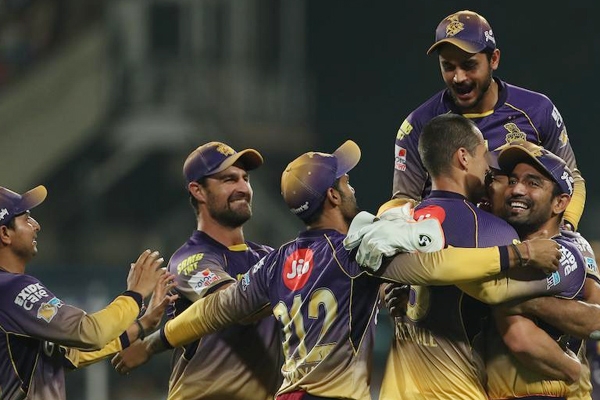 Kolkata Knight Riders now sits at the top of the Table above Mumbai Indians, courtesy to a 7-wicket victory over the hosts Rising Pune Supergiant. Both Kolkata and Mumbai have 12 points from eight games, with Kolkata ahead on the net run rate.

Kolkata skipper Gautam Gambhir and Robin Uthappa put 158 run partnership for the second wicket as KKR chased down the target of 183 with 11 balls remaining and seven wickets in hand.

Uthappa scored a brilliant 87 off 47 balls, while Gambhir made 62 off 46 deliveries. With this Kolkata Knight Riders jumped to the top while Pune remained on fourth.

For, Pune without Ben Stokes, they lacked the depth and bowlers were under pressure as they leaked unnecessary runs. Gambhir went on to reach his 35th IPL fifty. He was dismissed trying to go for a big hit with Kolkata needing just five runs to win.

Earlier in the match, KKR won the toss and elected to field first.

Pune’s opening partnership yet again performed well by scoring 65 in 7 overs. But Rahul Tripathi’s departure affected RPS’s run rate. Rahane failed to convert his start and was dismissed for 46 off 41. MS Dhoni made his intentions clear with a six and four, but was soon removed by Kuldeep as Dhoni departed for 23 off 11 balls.

Steve Smith looked in good touch and rotated the strike well along with Dan Christian, who added the final touches with two consecutive sixes off Chris Woakers as RPS went on to post 182/5. 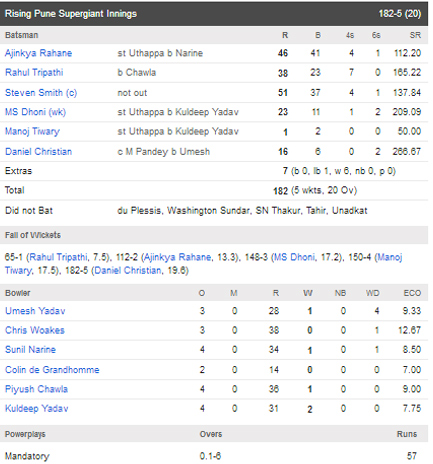 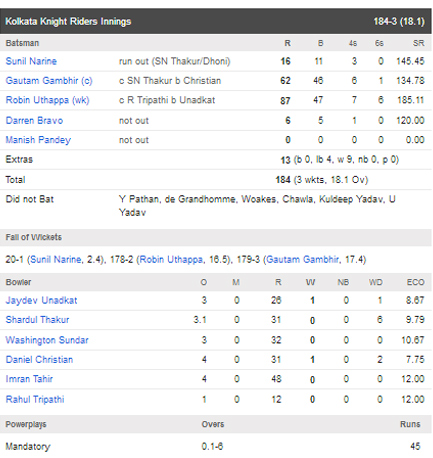