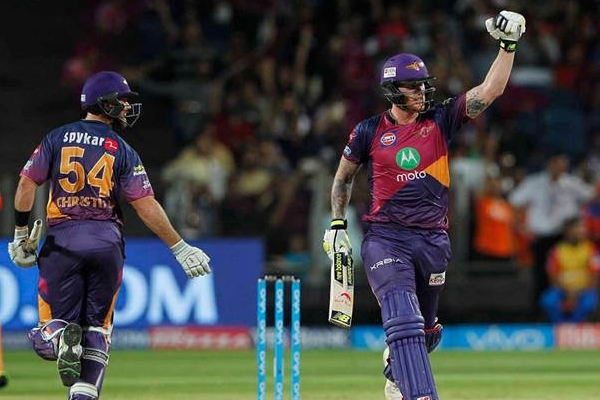 Ben Stokes Ton fires RPS to Victory A Topn battling 63 ball 103 with seven fours and six sixes from the most expensive overseas IPL player Ben Stokes made the headlines after the match
https://www.azwishesh.com/ 02 May, 2017 02 May, 2017

A battling 63 ball 103 with seven fours and six sixes from the most expensive overseas IPL player, Ben Stokes made the headlines after the match. Stokes proved that he is worth every penny, as he has already won three ‘Man of the Match’ this season. His performance helped Rising Pune Supergiant overcome a disastrous start and snatch a 5-wicket victory over Gujarat Lions, who were dismissed for 161.

Pune trembled right from the begging of the innings as the home side lost its opening batsmen - Ajinkya Rahane and skipper Steve Smith - in the first over of the innings.

Kerala pacer Basil Thampi made things difficult for Stokes, but in the penultimate over, Stokes hoisted Thampi for two sixes. After Dhoni’s dismissal Dan Christian provided the finishing touches to help Smith’s side earn crucial points and strengthen their 4th place in the points table.

Earlier, Gujarat started its innings with a bang. Brendon McCullum was in tremendous form as he smacked Jaydec Unadkat’s second ball for a four. McCullum along with Isham Kishan scored 55 runs in the power-play. Runs continued to flow from McCullum's bat. But the complexion changed when Imran Tahir dismissed Aaron Finch and Dwayne Smith off successive balls.

Shardul Thakur had the biggest catch when McCullum top edged a full toss to Rahane. 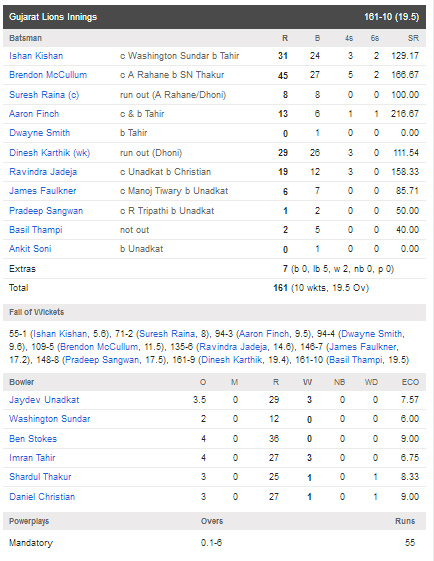 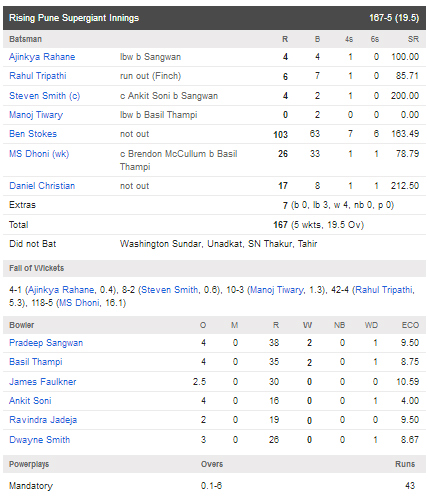