Get ready for Kochadaiiyaan's tunes 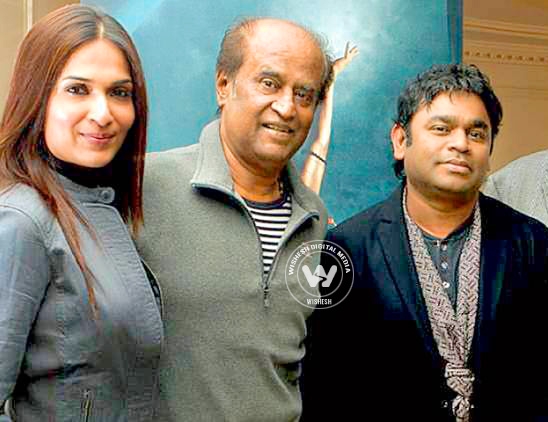 (Image source from: Get ready for Kochadaiiyaan's tunes})

Kochadaiiyaan, Vikrama Simha in Telugu, is India's first motion capture film. One of Indian Cinema's most innovative, superstar Rajinikanth's next offering is soon to release this year. Before that, AR Rahman is going to give us a treat in the form of this grand movie's music compositions.

On 7th October, Kochdaiiyaan's first song will be released to the audiences. This will be followed by the complete audio release on the 10th October. composed by AR Rahman, 'Engae Pogudho Vaanam' or 'Choodham Aaksam Antham' in Telugu will be the film's first single. The song has the vocals of SPB, one of most preferred voices for Rajinikanth.

Soundarya Rajnikanth is the film's director, while Eros Interntional, Global One Media and Cinemorphic ltd jointly produced Kochadaiiyaan. The movie will release in a multitude of languages, with Deepika Padukone playing the lead role opposite Rajinkanth. Cast also includes Sarath Kumar, Jackie Shroff, Nassar and Shobana.