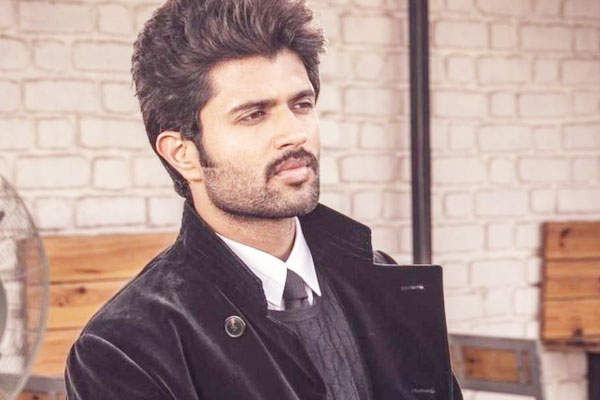 Vijay Deverakonda Hospitalized Due to Exhaustion

After a round-the-clock shooting, Vijay Deverakonda has been hospitalized due to exhaustion and is under complete rest, according to sources.

On this, Vijay has been quoted by the Deccan Chronicle as saying: “What a way to celebrate Holi. I was shooting till 6 a.m. on Wednesday morning when I noticed that I was down with a fever. I was beginning to feel very weak, but I wanted to recover quickly, which is why I checked into the hospital for treatment.”

Vijay Deverakonda is currently busy with Dear Comrade, which is likely to release in all the four south Indian languages - Telugu, Tamil, Malayalam, and Kannada. The film is scheduled for release in April or May this year and the exact date will be revealed soon. With the deadline for its release nearing, Vijay is working hard which has resulted in certain health issues.

Directed by Bharat Kamma, Dear Comrade is reportedly inspired from the Mollywood movie Comrade in America, which had Dulquer Salman playing the lead role. Dear Comrade is being produced by Y. Naveen, Y. Ravi Shankar and C. V. Mohan under the banner Mythri Movie Makers.

Vijay Deverakonda will be playing a student leader with a communist background in this flick while Rashmika Mandanna will be seen as a cricketer playing for the Telangana state.