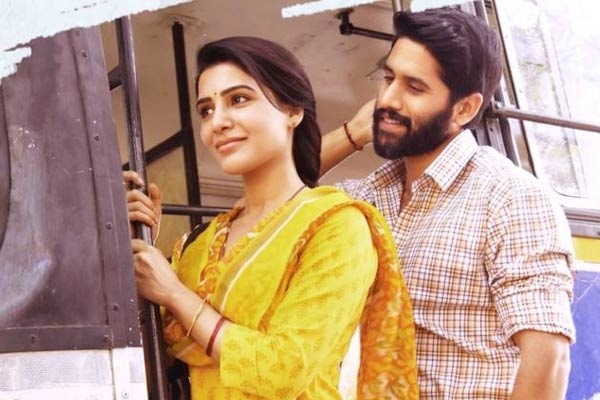 Majili Movie: Twitterati Goes Gaga over Samantha Akkineni-Naga Chaitanya’s Performance, Says a Must Watch Majili was one of the most-awaited films of Chaitanya and Samantha to watch their chemistry onscreen post-wedding.
https://www.azwishesh.com/ 05 Apr, 2019 05 Apr, 2019

Samantha Akkineni and Naga Chaitanya’s much-anticipated film Majili is finally in the theaters and the couple’s first film post their marriage is already garnering excellent reviews from movie buffs.

Majili was one of the most-awaited films of Chaitanya and Samantha to watch their chemistry onscreen post-wedding.

Directed by Shiva Nirvana, there are many who have headed to watch the first-day first show of this Telugu romantic drama, and there are few Twitterati who have also shared their reviews post watching the film. Some have shared reviews of the first half, while there are few who have watched the entire film.

Nevertheless, the couple’s brilliant performance in the film is making Twitterati go gaga.

The lady superstar who can pull crowds with her outstanding and terrific performance and once again proved that she climbed one more step with #Majili as an actress. pic.twitter.com/KaE4B0cczr

#Majili And those dialogues about #TrueRealLifeLove are amazingly presented!! Before and after marriage!! @Samanthaprabhu2 entrance

#majili a perfect blend of emotions with a satisfying climax!! @Samanthaprabhu2 and @chay_akkineni looked stunning as usual and their performance is flawless
A totally refreshing storyline makes majili a must watch#majili #sivanirvana

#Majili carrier best performance by @chay_akkineni .. loved the emotional scenes between @Samanthaprabhu2 and @chay_akkineni ...#chayIsBack on track ..this will be the repeated watchable movie in recent times ..

Nagarjuna Akkineni also lauded the performance of Chaitanya and Samantha.

Brilliant performances by @chay_akkineni @Samanthaprabhu2 in #Majili so proud of them!! Rao ramesh and posani all the best team majili!!!

Just watched the emotional ride of Majili..arguably NC's best performance till date supported by super acting from Sam..BGM by Thaman is top notch..go enjoy the beautiful film.. Blockbuster written all over it.. #Majili@chay_akkineni @Samanthaprabhu2 @MusicThaman

The teaser and trailer of Majili, meaning ‘A part of Journey’ attracted moviegoers exceptionally.