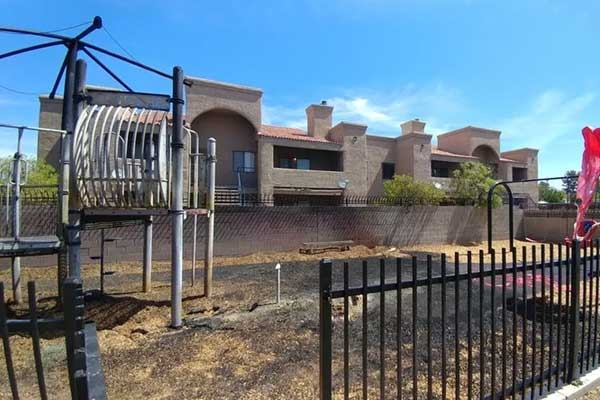 Fire Rattles from Playground to Phoenix Special Needs Center A recreation center for people with special needs is investigating for answers after a
https://www.azwishesh.com/ 08 Jun, 2018 08 Jun, 2018

A recreation center for people with special needs is investigating for answers after a fire destroyed its playground.

"It was like, 'Oh no, starting all over again,'" said Vera Martinez, program director at the Arizona Recreation Center for the Handicapped, or ARCH.

Melted plastic and scorched metal are all that's left of the adaptive play structure after Monday's fire.

The special playground cost the center around $200,000 to build, completed only last year.

Martinez said playing on the jungle gym was a popular pastime for the special needs children who visit the recreation center.

"This was the first place that they would run," Martinez said.

Those who used the playground are wondering why someone would light it on fire.

"I was in shock. Totally shocked," said Axel Bello.

Officials at ARCH say they still don't know the cause of the fire.

"Honestly, I don't know that there is a why," Martinez said. "It's probably kids playing around. Who knows."

The Phoenix Fire Department says investigators will release their findings next week. But even after answers emerge and a new playground is build, those at the center say there'll be one thing that's tough to repair: peace of mind.

"This is our home to us," Martinez said. "[It's] how you would feel if someone came into your home and did this to your