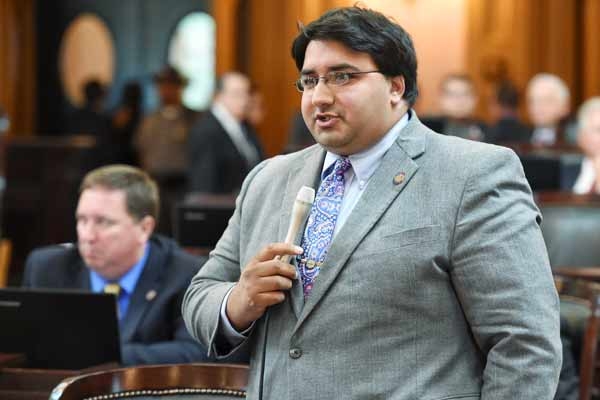 Indian American Niraj Antani to Run for Ohio Senate in 2020

Indian American House of Representative Niraj Antani will run for the Ohio state Senate in 2020, according to a media report.

The Republican, who currently serves as a representative for the third term in the Oho, is youngest Indian American and Hindu American elected official in the United States at age 27, the American Bazaar reported.

Antani, who represents the 42nd district, will run for the open State Senate District 6, currently represented by Senator Peggy Lehner, who is term-limited and retiring.

The 6th district, which consists of Dayton suburbs, has been a Republican stronghold since 1985.

In a tweet on Thursday, Antani said: "I just knocked on the first door of my campaign for state Senator! Team Antani is pounding the pavement, talking to voters about their most important issues. We will work hard every day to earn the support of every voter."

The Ohio Senate is the upper chamber of the Ohio General Assembly, the legislative body that makes all state laws for Ohio's 11.5 million citizens.