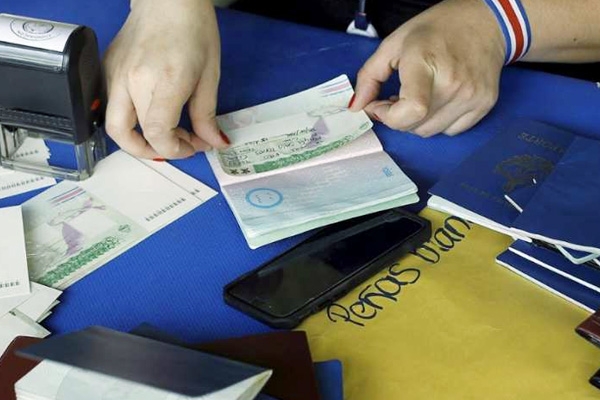 U.S. Firm Asked to Pay $43K in Back Wages to Ex-Employee for H-1B Violation

U.S. Firm Asked to Pay $43K in Back Wages to Ex-Employee for H-1B ViolationTop Stories

The United States government on Friday asked an American technology company to pay USD 43,366 in back wages to a former employee for violating the labor provisions of the H-1B visa programme.

The U.S. Department of Labor issued an order against Minneapolis-based TLC Precision Wafer Technologies after the completion of an investigation by its Wage and Hour Division (WHD).

WHD investigators found that the employer failed to pay a microfabrication engineer the required wages as stated in the H-1B visa application is filed, and failed to keep needed records.

WHD Administrative Law Judge Theresa Timlin Judge denied credit for the firm's cash payments of USD 14,150 to the worker since it failed to report the payments on its payroll records and report the payments to the Internal Revenue Service, as required by the regulations for such credit.

"The intent of the H-1B foreign labor certification programme is to help American companies find the highly skilled talent they need when they can prove that a shortage of U.S. workers exists," said Wage and Hour District Director David King in Minneapolis.

"The resolution of this case demonstrates our commitment to safeguarding American jobs, level the playing field for law-abiding employers, and ensure no one is being paid less than they are legally owed," he said.

The department's investigation found that TLC Precision Wafer Technologies filed an H-1B petition to hire the engineer at an annual salary of USD 43,000.

The employee left TLC after he was not paid according to the labor provisions required under the H-1B visa programme, and after the employer turned down his work time and wage.