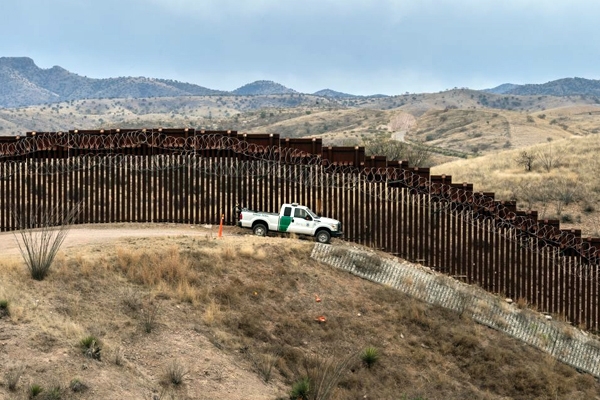 South Asian Group SAALT Seeks Probe into Death of Indian Minor Girl in Arizona Desert It alleging that militarization of area and rejection of migrants attempting to cross at the entry ports have created an inhuman environment.
https://www.azwishesh.com/ 19 Jun, 2019 19 Jun, 2019

The death of six-year-old Indian girl along the United States-Mexico border in Arizona has alarmed Indian communities in the U.S.

A South Asian group South Asian Americans Leading Together (SAALT), has sought a probe into the death of Gurupreet Kaur, alleging that militarization of the area and rejection of migrants attempting to cross at the entry ports have created an inhuman environment.

The body of the minor girl was found by the United States Border Patrol officials 27 kilometers west of Lukeville, Arizona last week, when the temperature reached a high of 42 degrees Celsius.

Kaur's mother left her with a woman and her child and went in search of water.

The group with four other persons, including the girl and her mother, wasdropped near the border by human smugglers who ordered the traveling group to cross in the dangerous and austere location.

“We are devastated to learn the death of Gurupreet Kaur,” Lakshmi Sridaran, interim co-executive director of theSAALT, said in a statement.

The group said that it will send a letter of inquiry to Customs and Border Protection Commissioner Kevin K. McAleenan this week, demanding a probe into the girl's death and information about her mother and the other migrants in their group.

“The U.S. border militarization, forced migration, and rejection of migrants attempting to cross at ports of entry have created an environment where a childlike Gurupreet can die in the desert alone,” Sridaran said.

“Until a new system is created that upholds the dignity of all migrants, we will continue to see unspeakable tragedies, notwithstanding the countless deaths that go undocumented," she said.

While Immigration and Customs Enforcement (ICE) and Customs and Border Protection (CBP) have experienced unprecedented surges in their budgets, their treatment of migrants has plunged to new lows, Sridaran said.

“That her adult parent(s) made the conscious choice to enter the attractive not-so-porous Southern Border of the United States hiring human traffickers is criminally negligent,” he said.

According to immigration officials, the number of Indians crossing the U.S. border from Mexico has continuously risen in recent years. They are among thousands of Africans and Asian migrants making the grueling journey, led by smuggling cartels.

Early this year, more than 9,000 people from India were detained at the United States borders across the nation, which is a big increase from the prior year, when that number was about 3,100. A decade ago, in 2009, the number was 204.