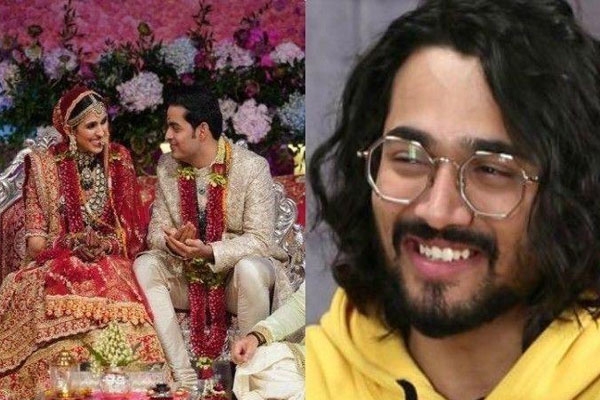 The memes on social media are making rounds on Mukesh Ambani’s son Akash Ambani and Shloka Mehta and this one meme by Bhuvan Bam, popularly known as BB Vines and for his dubbing tactics, is hilarious among every single.

The wedding ceremony of Akash Ambani and daughter of diamantaire Russell Mehta, Shloka Mehta was one of the most lavish functions in Mumbai last evening.