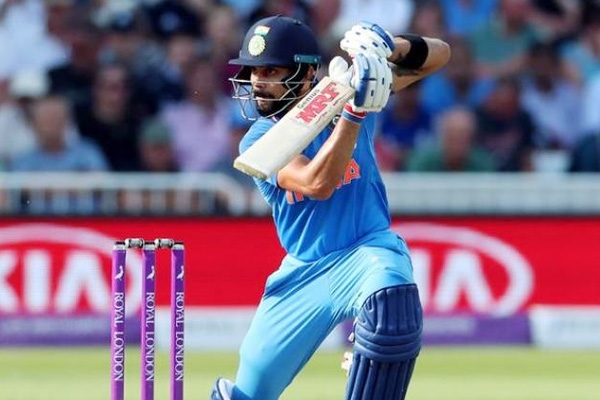 Chief Selector MSK Prasad on Virat Kohli’s Batting Position In World Cup I think it is a wonderful thought that Virat Kohli can bat at No.4 and that is what Ravi Shastri has expressed.
https://www.azwishesh.com/ 18 Feb, 2019 18 Feb, 2019

Prasad said that virat kohli is the No.1 batsman in the world and had done extremely well at No.3 batting position.However, he added that if situation arises virat can bat at No.4 according to the team dynamics.

In a recent interview to Hotstar,MSK Prasad said that, “I think it is a wonderful thought that Virat Kohli can bat at No.4 and that is what Ravi Shastri has expressed. This has been happening for quite some time, but we will have to see. Because Virat has done extremely well at No.3. He is the No.1 batsman in the world. But if it is for the requirement of the team and Virat has to come at No.4 he will definitely do it. But again, we will have to see what the team requires and what the dynamics of the team is. That will decide his batting position.”

Though most of the former Indian Cricketers are against this idea said India has formidable top order batsmen and don’t want change in batting position of top three batsmen.

Earlier Ravi Shastri told to Cricbuzz that “The good thing about this Indian top-three is we can separate them, if conditions and situations demand. Someone like Virat Kohli can go to number four, and we can put a good number three to bring more balance to the batting line-up. That’s flexibility for you, and for big tournaments like the World Cup, you have to be flexible to see what’s the best balance for the side. So we will decide that (accordingly in England).”

Shastri feels that Ambati Rayudu can come up the order and bat at No.3

“Maybe Rayudu, or someone else, could bat at number three, and Kohli comes in at number four. We wouldn’t want to disturb the opening combination. Separating the top-three could make the batting stronger.”