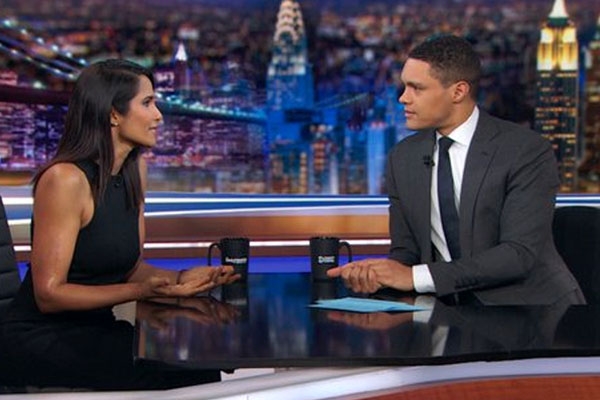 “I’m an immigrant,” the award-winning India-born cookbook author told host Trevor Noah as they discussed her advocacy for immigrants as an ambassador for the American Civil Liberties Union and the United Nations.

She said “I really came here with my mother, much like these people at the border with hardly anything. What you have to understand is that, if a parent takes a child on a dangerous journey, puts them on their back, is willing to walk across deserts, that’s because the place they’re leaving is worse and more dangerous, and I just think we have plenty to share. And if you look at all the contributions that immigrants have made, you’re basically looking at what America is today, in whole, full stop.”

The audience was seen cheering for her words.

Lakshmi then jabbed Trump, who earlier this month controversially declared a national emergency to obtain funds for his proposed wall on the United States-Mexico border

Turning away from politics, Noah joked with his guest that the president likes his steak well-done, to which Lakshmi sarcastically replied: “probably with ketchup as well.”

Lakshmi’s shot at Trump comes after Noah revealed earlier this week how he plans to cover the 2020 campaign.

“What's going to be interesting for me in 2020 is this new narrative and this new discussion around the Democratic Party - because for a long time it's just been one storyline: Donald Trump," Noah, 35, said at an SXSW panel.

“But now it's going to be: Who are the Democrats? What do they stand for? What are their plans?" 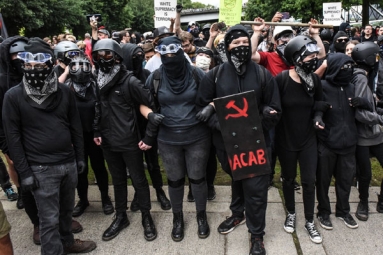 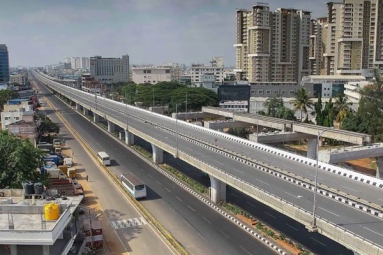 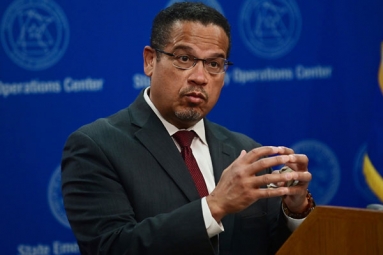